I was sitting in an office, socially distanced, eating lunch with a friend when I saw my phone light up with a text from my mother. Ignoring it for the moment, I continued eating until my friend gasped at her own phone and said, “Eddie Van Halen died!” My head snapped back to my phone. I knew why my mom had texted me out of the blue.

For her, like so many other teenagers of her generation, Eddie and the band Van Halen were absolute icons of the rock world. Eddie’s passing has undoubtedly left us with a vacuum that we will feel for years to come. While some may debate how truly “skilled” he was versus other guitarists, there is no debating that Eddie LOVED playing his guitar and changed the face of the music world with his skill forever.

It was clear that Eddie threw his life behind that instrument and perfecting his talent to the best of his abilities. Chances were if you ever saw Eddie, he had two things with him: his guitar, and a big smile. His onstage performances with the band were incredible, and his improvisation skills never left audiences disappointed or doubtful in his abilities. And that smile of his was unforgettable. 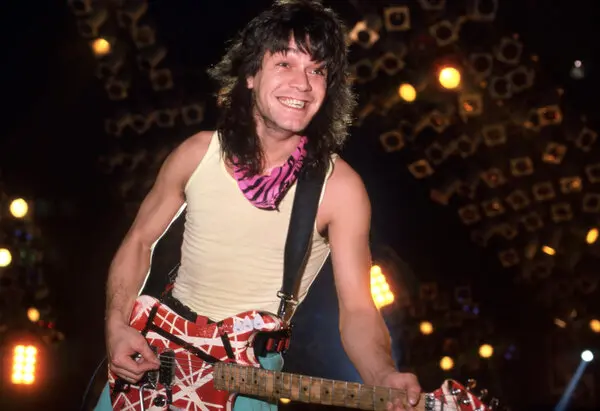 Eddie had a way with experimenting and combining the perfect elements with the harmonies of his guitar, making consistently pleasing hooks that we just couldn’t tear away from our ears. It’s part of why “Hot for Teacher” or “Panama” refuses to leave your brain after you hear the first 30 seconds. That catchy guitar solo from Michael Jackson’s “Beat It”? Yeah, that’s Eddie too. From power chords to the mindblowing solos like Eruption, Eddie was a force of creative invention that would change guitar playing forever.

Van Halen were a powerhouse driven heavily by those special sounds Eddie could coax out from his guitar. That red, black, and white pattern of his guitar is almost as recognizable to musicians of every generation as Michael Jordan’s silhouette is to athletes everywhere.

Eddie was an inspiration to so many young musicians to pick up a guitar and not only recreate his sounds, but discover ones of their own. He continued his work of giving back throughout his life, donating heavily to numerous charities, especially those championing music access and education. Even while battling cancer, he was still donating instruments, sometimes his own, to children and others to give them the opportunity to create their own incredible art.

Myself, I remember sitting in front of the turntable or the TV where my mom would have Van Halen playing and just being completely captivated, mouth open as I tried to mimic the sounds on my much tinier child-sized guitar. I never quite got it right, but now more than ever I’m inspired to pick up my guitar and belt one out in memory of the good man himself.

While we could wax poetic about what an incredible impact Eddie has had on the music industry over the years, I think it’s better to make it short and sweet. Eddie himself said, “Music is the universal language,” and I think the best way to honor him and that sentiment is to keep making music and keep cranking those stereos up.

Thank you for everything, Eddie. Rock in peace.

If you’re interested, not only has his brother Alex spoken up about his passing, but Michael Anthony and Sammy Hagar have put out a very sweet video speaking about the news’ impact on them.

Spoiler: It hurt like getting hit by a freaking mack truck.